Confrontation: Why We Avoid It and How to Approach It

I was watching a show last night (rare), and someone spoke on confrontation which made me think about some things in my own life. If you're not one of those people who say, "I hate confrontation!", you've certainly heard someone else say it. Let's be clear: most people do NOT like it. People don't generally walk around looking for it. It's uncomfortable, you don't want to hurt another person's feelings, and you may or may not just be an overall people-pleaser. I get it. But the thing many of us don't realize is, when we avoid confronting someone about something that may bother us, or if we are unclear in our intentions about something, it will lead to an even bigger confrontation down the line - the VERY THING WE WANTED TO AVOID in the first place! Proper communication with the people in our lives is key. And believe me, I haven't arrived in this area. But I have learned a lot from past mistakes. 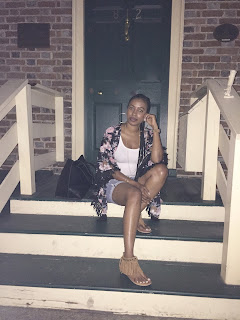 Read more »
Posted by KeetaRay at 2:00 PM No comments:

Why I Switched to Natural Deodorant

If you have followed me on some social sites over the last 2-3 years, you already know a little about my little quest to find the best natural deodorant for me. First, know the difference between deodorant and anti-perspirants: in short, deodorants prevent body odor caused by bacterial breakdown of perspiration, while anti-perspirants control sweat by blocking your sweat glands (with good old aluminum). Why has this been so important to me and what's the point in switching?

Read more »
Posted by KeetaRay at 8:30 AM No comments:

Email ThisBlogThis!Share to TwitterShare to FacebookShare to Pinterest
Labels: selfcare

The Importance of Praying for Your Enemies

I'm really excited about this post today. Which says a lot, because praying for people who haven't treated me so well hasn't always been easy for me. Can we take a minute to thank God for GROWTH!?  ;-) Anyway, I had this idea to share the importance of praying for your enemies when it was recently revealed to me

Read more »
Posted by KeetaRay at 8:00 AM No comments: